What does it take?

What does it take? 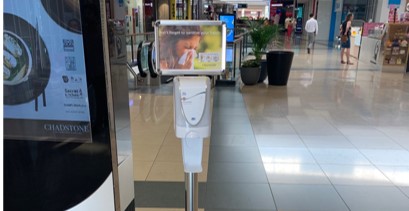 Last week I posted my concern that businesses were not taking basic risk management measures seriously. I referenced the airports in Melbourne and Sydney.

This weekend I saw that two were taking some precautions. The first was Chadstone Shopping Centre. They had installed a hand sanitiser dispenser at each entry. I was interested to see the public’s reaction: do you know that in fifteen minutes not one person used it?

I thought people may be missing it, so my wife and I walked up and used it four times. It made no difference.

The Optus store had signs and hand wash and same story. While waiting for service (we gave up in the end and walked out). We did not see one person use the hand wash.

The second thing that really surprised me was that two hundred motorists had to be rescued after driving into flooded roads in Queensland. How many times do the police and the insurance industry have to tell people? This is just plain stupid and dangerous.

I have written about the problem that I see where someone could be driving along a country road at night and simply not see water on the road, to me that is an accident that motor insurance is there to protect. But if someone purposely drives their car into water, then knowing their car will not be insured just may get them to think twice.

The third issue is the number of friends and neighbors who have come to me complaining about their insurance following the hail damage. In every case they have elected to purchase cheap low quality insurance only focusing on price and not the protection. It is frustrating when they expect me to waive a magic wand and wind the clock back. As I mentioned in a recent blog:

“Whenever you look back and say “if [only]” you know you’re in trouble. There is no such thing as “if”. The only thing that matters is what really happened.”