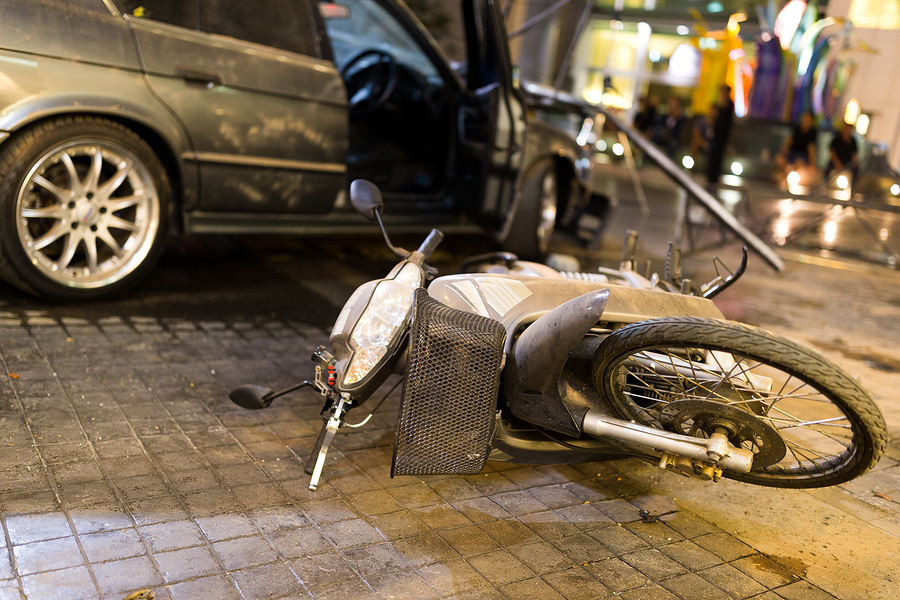 When the statistics came out showing just how few people understood Compulsory Third Party Insurance, it created quite a discussion with several of my longest standing friends.

Within LMI, there are a number of our staff who have been involved in motor vehicle accidents where the third party had no insurance at all. The worst was an overseas student, who had borrowed a friend’s car, became distracted and run into the staff members car so hard that it was a write off. The car had no insurance and to avoid the debt the student packed up and returned to his country. The owner of the car likewise disappeared.

In other accidents, the drivers thought that their compulsory third party insurance covered the damage.

So it should not have been the surprise it was that the lack of understanding on this, the first insurance many people would or should arrange, is so low. Less than half the people over 55 that were surveyed understood the coverage while in the teens it was less than 1 in 4.

Of course then this leads on to just how much the public understand about other classes of insurance such as home and contents, strata, and if they start a business, well! Hence my constant call for people to get advice from an insurance broker.

At the risk of sounding like an old man, in my day we had subjects like Social Studies and in Secondary School, Citizenship where we were taught the basics of risk management, banking, the stock market with a second or two on insurance. I certainly knew I had to have Compulsory Third Party (‘CTP’) insurance – it was compulsory!

Clearly, something needs to change in the school system to prepare students to be able to operate safely and responsibly in society. Similarly, the 180,000 new permanent residents and over 380,000 people entering the country on temporary study or work visas also need to have the basics explained to them.

Rather than whinge about it, one of the men that I did my insurance studies with, at the Australian Insurance Institute, as it was then, and then the Chartered Insurance Industry, Mike Quinlan offered to prepare a post on CTP. Mike had been in the Motor Department of SGIO Queensland for I think, 30 years so I knew no one better. However, solicitor Gerry Murphy AM, of MurhpySchmidt also contributed and I now set out their paper which explains what is, and just as importantly what is not covered. Before I do, I wish to express my sincere thanks to both of them.

Compulsory third party insurance (‘CTP’) is a category of Motor vehicle insurance that insures any person except the driver who was at fault and who is injured or killed in a motor vehicle accident as result of a driver’s negligence.

CTP does not cover vehicles, animals, buildings, electricity poles, fences, gardens or personal property that may be damaged, it only covers people.

There are three parties involved in a CTP insurance claim. These are known as:

First Party – Driver of the vehicle at fault who is driving,

Third Party – Anyone who is injured in an accident except the driver. It can include a cyclist, pedestrian, passengers in any car, members of the public or even someone on horseback,

Compulsory by law. CTP is charged as part of the motor vehicle registration in each State and Territory. The name of your CTP insurer is usually noted on any registration renewal document.

When you buy or sell a car / vehicle the CTP automatically transfers to the new owner.

CTP insurance will not undo the horror for the guilt for the tragedy that some accidents entail, however, it will provide financial assistance to cover items like hospital and doctors’ fees, medication, physiotherapy, assistance with the injured person’s rehabilitation, damages to the family in the event of driver’s death, legal expenses and loss of income. (Please note that State or Territory schemes may differ.)

Some Insurance companies have added an additional free benefit called an “At Fault Driver Protection” Insurance.

There are conditions applicable to this benefit but it is not part of legislation but rather a comfortable, compassionate feature if the driver is injured or deceased. Limits of this benefit vary from insurer to insurer.

The competition in some states and territories for CTP includes some insurers offering a discount if one selects their Comprehensive Car insurance bundling it with Comprehensive Motor or other domestic coverages.

This cross selling has been known to include discounts to partnership providers in travel, home appliances, and home or vehicle services. Additionally Car dealers may have incentives to recommend a particular CTP insurer.

Legislation differs in each State regarding liability apportionment and injury categories that attract monetary compensation. There is adequate case law and a plethora of well qualified legal experts to assist anyone in an accident that falls under the CTP cover.

While there are differences between the state and territories, the CTP cover on your car operates nationally irrespective of the State or Territory where the vehicle is registered.

A Nominal Defendant or similar position occupying a Government appointed position acts as an insurer in circumstance where a vehicle has no CTP or the death or injury benefits are excluded. Having said this, the Nominal Defendant would in turn have a right of recovery from the uninsured driver. The driver of the vehicle would also be in line for harsh penalties including the likelihood of their licence being cancelled.

Vehicles used for rural or earthmoving may be exempt from Registration but any usage on a stated road can include a risk of liability for injury or death and therefore CTP insurance should be arranged.

You must pay registration on or before the due date as the consequences of being involved in an “at fault“ accident without CTP could be expensive.

Often it is difficult to tell exactly who is at fault or sometimes several vehicles may be colliding and no one is sure of blame. It is recommended to always call the Police if someone is injured in a motor vehicle collision.

There are two take away points in all of this.

CTP insurance is compulsory by law. You should never ever drive any vehicle on the road that is not registered with valid CTP insurance.

Secondly, the coverage does not cover either the vehicle itself or the damage that may be done to another person’s vehicle or property. Here you need one of many types of motor insurance. 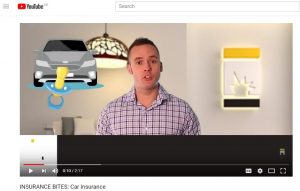 Steve Manning has also produced a video on the three main types of motor insurance which you are welcome to share with anyone you may think will benefit from a quick tutorial.  See https://www.youtube.com/watch?v=SZrlImK4fSE

Thanks again to Mike and Gerry.